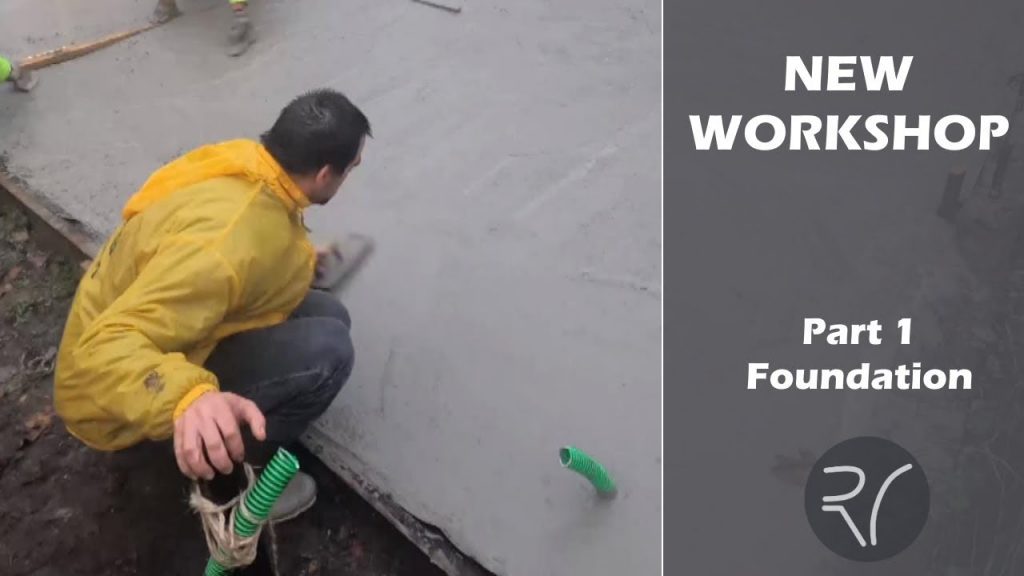 In 2020 we’ve bought a vacant plot to build a new house. It borders on the back end of my parents yard so we’ll neighbours one the new house is built. We’re still working with an architect for the house, but long story short it was easier to build the workshop now. Since the new garden is about 60m deep it was a lot easier to get the concrete poured before the house was built and in the way. Honestly I just wanted to get started on the new shop I confess.

The new shop will be almost 22m² and has a small section to side I intend to turn into a little office. Not a work office, but a dedicated place for the 3D printer and laser engraver and other “low dust” hobby activities. At the moment this is in the house and kind of scattered around.

After doing some research about concrete foundations and the stability of the soil in the area I decided on digging a “skirt” around the side so the concrete is less likely to freeze and crack over time. Since some of the machinery I use is quite heavy I also put in some steel netting for extra strength. Since everyone likes that new shop feeling and layout I decided on filming the build and will eventually make more video’s when I move into it.

A week or 3 later the truck showed up, delivering a nice all in one package to build my new shed. The build only took 2 days for the walls and the roof. After that is was another day to put on the shingles, mount the doors and storm protection etc.

I don’t have any video on doing the shingles as that might be a bit boring (and I forgot). I did film the build though. I don’t really have any fantastical stories to add so I’ll just insert the video here 😉

I think I’ll put some nice chairs on the little porch and maybe hang some lights, just turn it into a cosy little corner to take a breather from all the making.

Next up is installing some rain gutters and the wall to close off the office space. Stay tuned for more workshop fun.