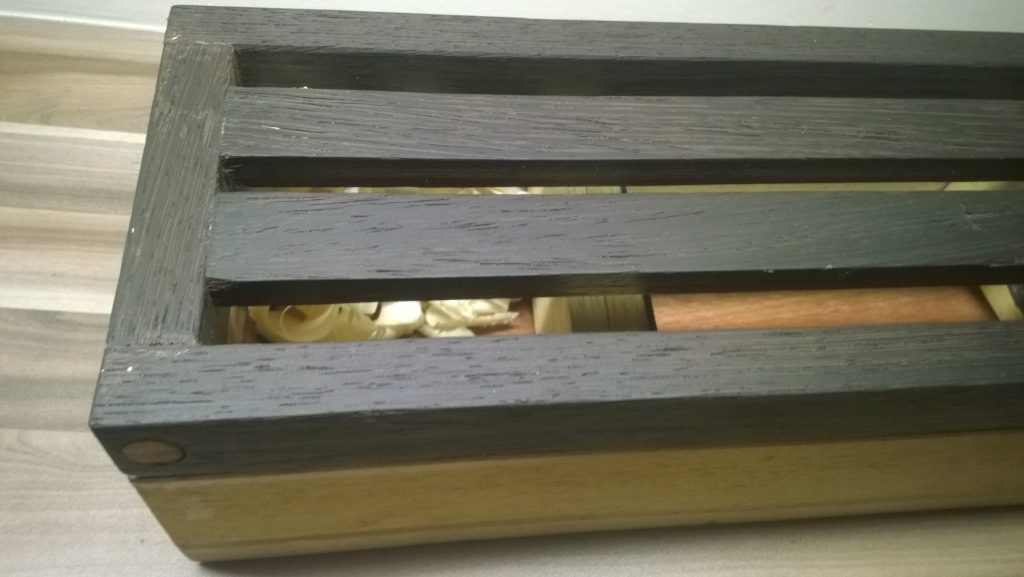 As a farewell gift to a colleague a few of us bought a nice bottle of whiskey (or so I’m told).
Now since these bottles aren’t exactly cheap the packaging is quite nice, but nothing is quite as nice as a custom wooden box.
So I made one. the box itself is made from Marupa and Cambara and originally had a lid of the same materials with some nice inlay action.
Sadly I based my measurements of the website we ordered from and they turned out wrong.
So I had to remove the lid and make a new one. I had just bought some beautiful dark Wengé wood, so this would be a nice first project with it.

By this time I only had two evenings left so I didn’t have time for fancy inlays anymore.
I opted to go with a see through lid that would show off the bottle contained within.

after adding some supports for the bottle I finished them with some leather I had laying around.
These supports aren’t glued in, so the box can be reused for bottles with other dimensions.
The room at the bottom was needed for this adjustment as well as for some pictures we had printed as Polaroids.
So I added some shavings to fill up the void a bit.