I’ve always wanted to turn a chess set, but the idea of making so many identical pieces just doesn’t seem that appealing to me. This got the little gears in my head thinking of other games with matching pieces, that don’t necessarily have to be identical. I also wanted to make a game my 4 year old son could enjoy.

I finally landed on bar/table skittles which has 9 pins that are usually identical. My twist on it was going to be to make each pin from a different wood species. 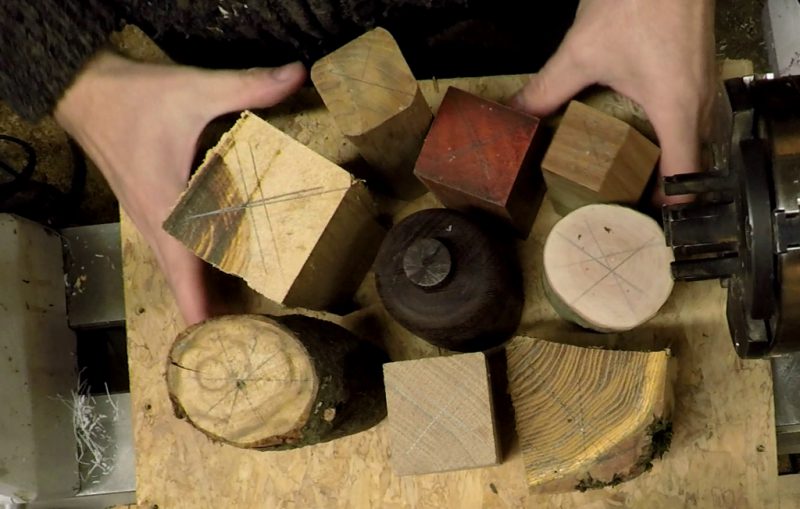 I turned a first pin freehand, deciding the shape on what looked good while I was turning. That first pin became the “master” to serve as a reference for the other pieces. Mainly the height of the head and body would have to be relatively close to look nice. This master was turned from an unknown wood, that looks like walnut when finished. I call this type of wood chunka wood. 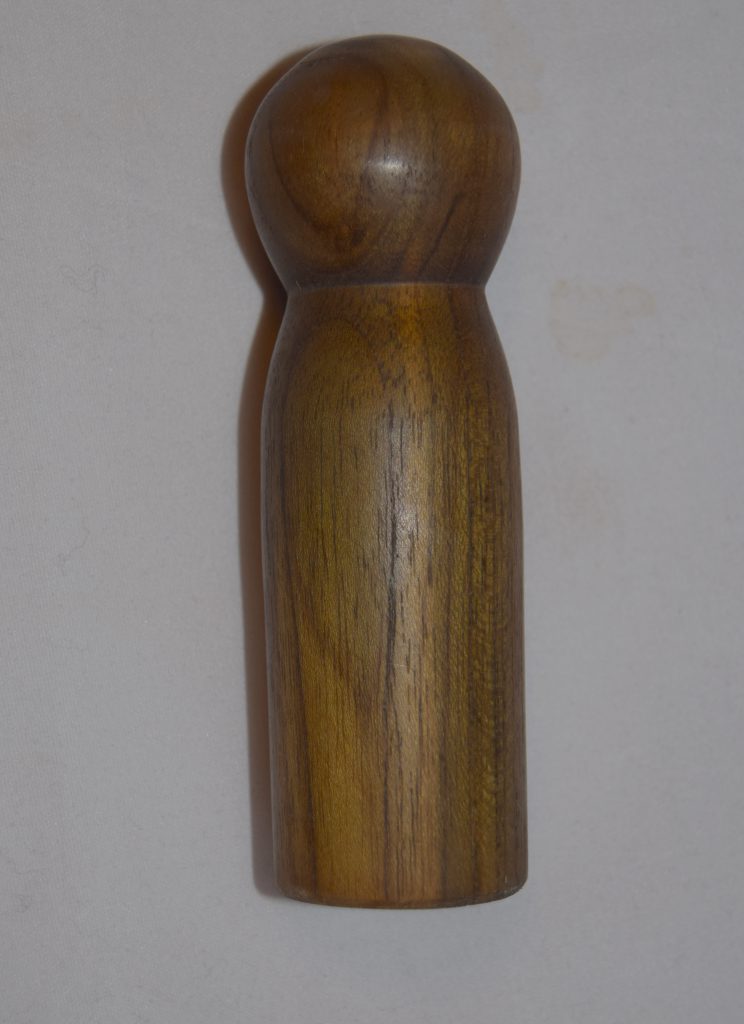 The next pin I turned was in Wenge. This is quite a dense and heavy wood, so when I had a pin about the same size as my master I realised it would be much heavier. and so I had the brilliant idea of making each pin roughly the same shape, but make the ones from heavier wood skinnier so the weight would be approximately the same. 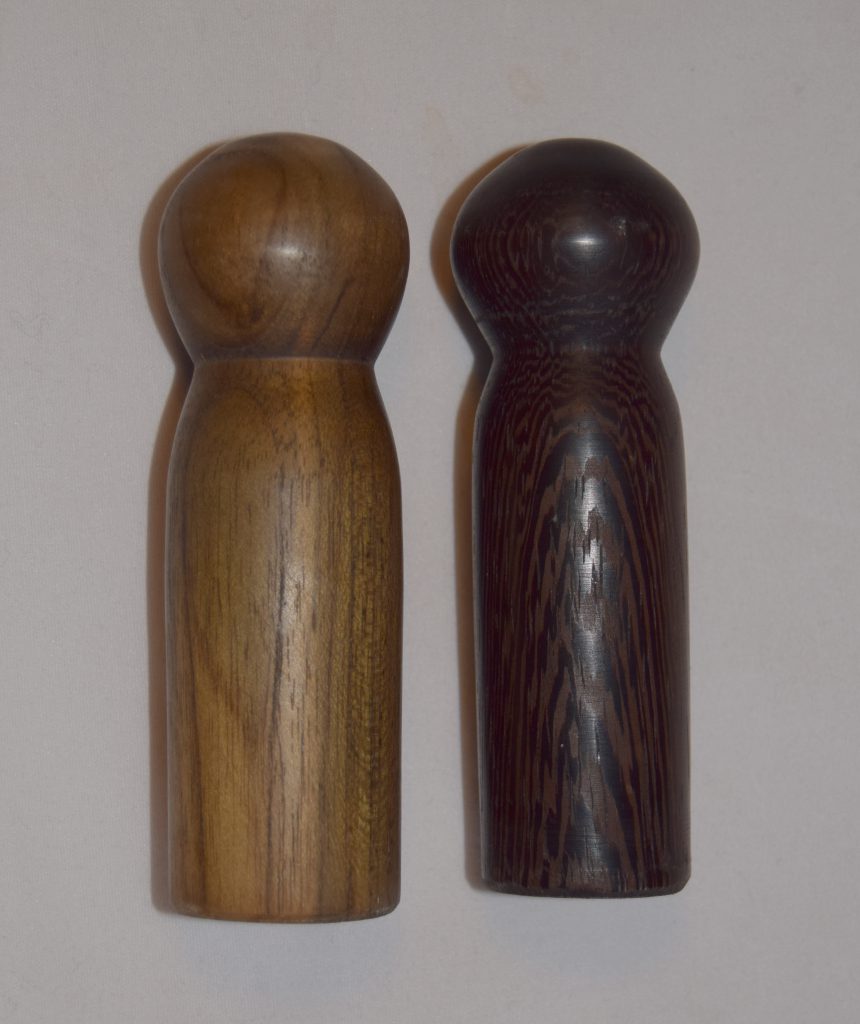 I continued to do this for the rest of the pins, purely guessing the needed width of the pins to get similar weights. I thought that would make the game more fun as it would matter where you put the pins on the board.

As it turns out, my non-scientific guesstimation wasn’t very accurate. The lightest piece wieghs 43 grams and the heaviest comes in at 78 grams.

By now, you probably realised I like experimenting and making things up as I go along. Sometimes that works out and sometimes it’s a bust. the end cap that goes on top of the post was made from a mystery hardwood, that started out as part of the leg of a garden table. It was meant as a practice piece, but I liked the look of the wood when I was done, so it became another example of protoduction (where a prototype ends up as a “production” piece). 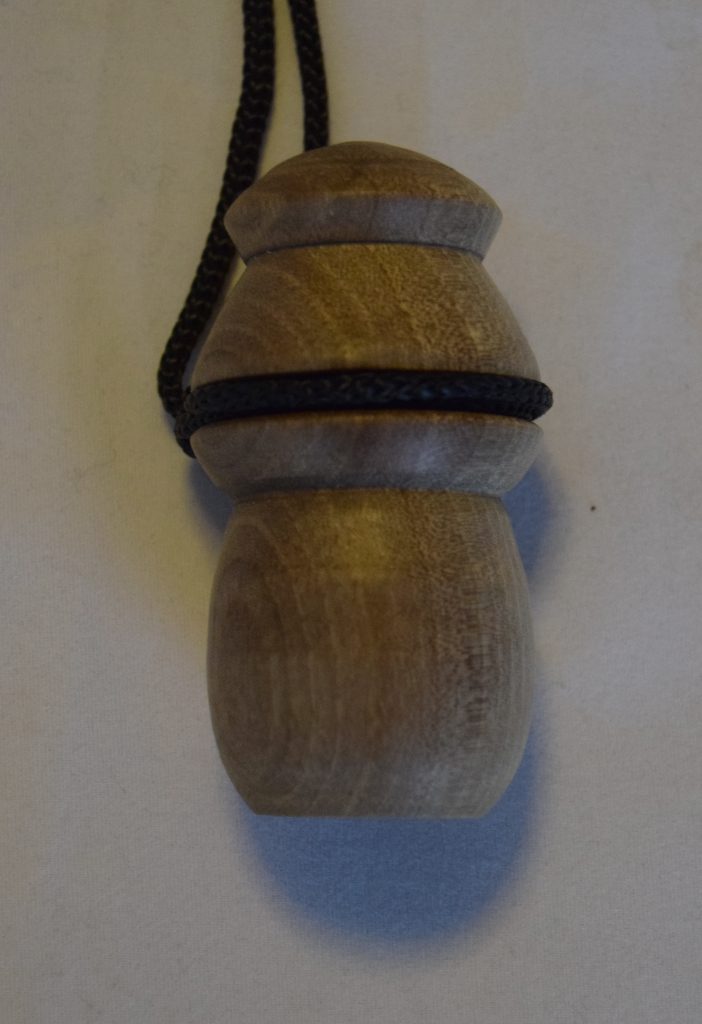 the knocker is made from either Japanese cherry or a species of plum. Those two piles of branches got mixed up, when I reorganised my workshop. the design of both pieces was again some protoduction, were the only constraints were the size of the holes in them and a groove in the end cap to attach the string to. 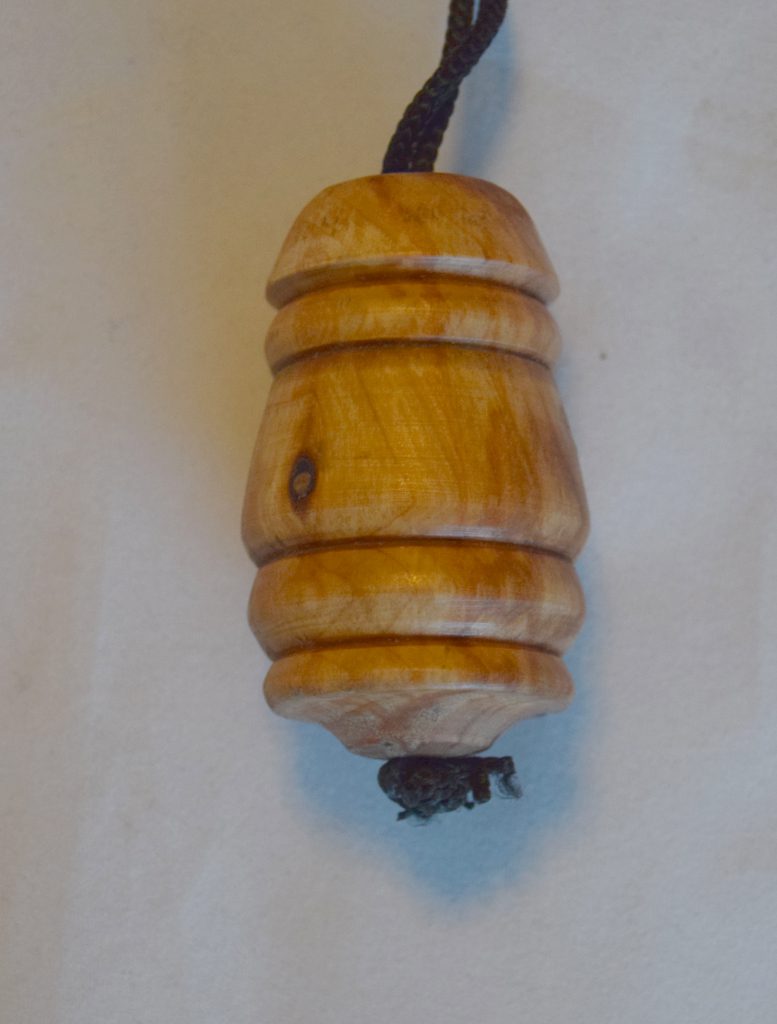 The last piece of the puzzle is the base. I didn’t have a nice bit of timber, so I glued up some pine beams I had laying around. these actually were supports from a delivery that came on a pallet. With this one I didn’t spend as much time finishing as I want to make a new one in a better quality material. If you finish it nicely I might never replace it…

the base is around 40cm in diameter and 5cm thick. In the final version I will cut out, burn or inlay a grid to place the pins on. All in all, I’m happy with this result. It’s not the best looking but it’s functional, so my son gets to play with the game while I look for a nice bit material for the base. 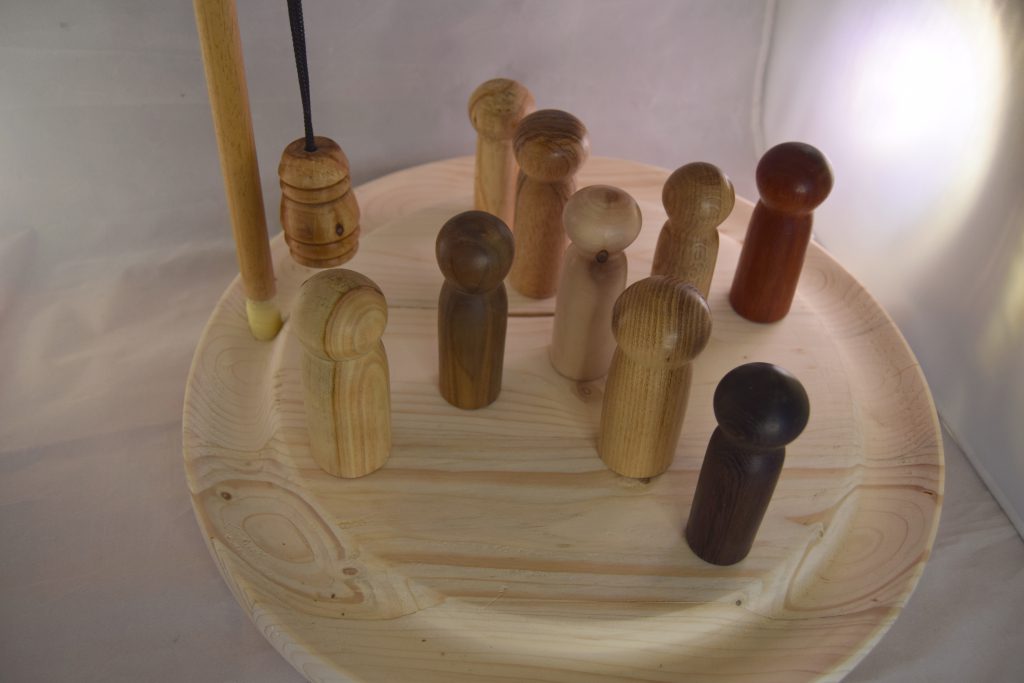 finally for the post I used a piece of dowel I had and rounded off one end so the end cap can turn on it loosely. All in all I’m very happy with how it turned out and it really is a fun a simple game for the entire family. 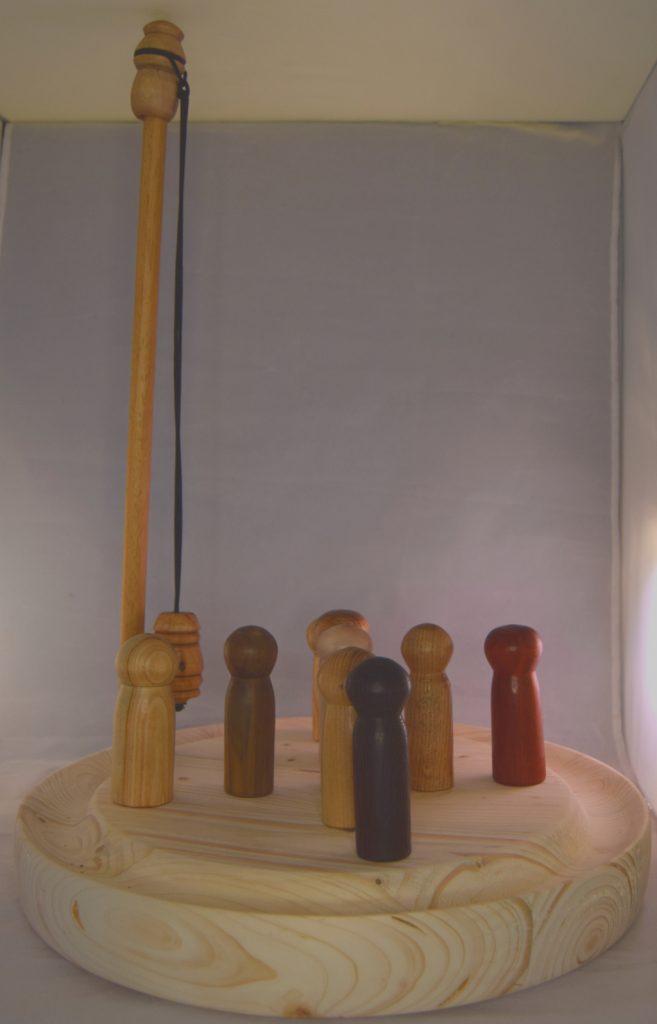